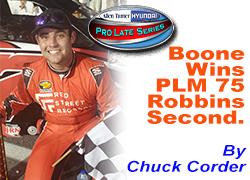 Jackson Boone is a perennial contender wherever he goes. Always fast. Always up front, competing for feature victories. And at the Nashville Fairground Speedway, the Lebanon, Tenn., driver enjoys a hometrack advantage. He has already won two Pro Late Model races this year in Nashville.

It has been when Boone and his team hit the road that their woes begin. But not Friday night at Five Flags Speedway for the 22-year-old. Boone was head-and-shoulders the class of a deep, 32-car field in the first of two Allen Turner Pro Late Models 75-lap features this weekend at Five Flags. He took the lead from Cole Williams on Lap 6 and barely broke a sweat down the stretch.
Boone handily drove to Victory Lane, withstanding hard-charger and runner-up Hunter Robbins. Gio Ruggiero rounded out the podium.

“It’s our first travel win,” an elated Boone said. “I’m so proud of everyone, but proud is an understatement. I’m so blessed to have these guys behind me. They fight for me. We’ve had a rough last couple years, but to come here and get rid of some bad luck, it feels amazing.”
Boone looks for a sweep tonight when the PLMs return for another 75 lapper. He will also pilot his Super Late Model in the Deep South Cranes Blizzard Series 125.

The Late Model Night of Champions promises plenty of pyrotechnics—figuratively and literally—to cap off another historic season. Track titles will be handed out in both divisions and the points battles have reached a rolling boil. Gates open at 5 p.m. today and admission is $20 for all fans except free for children ages 11-and-under. Qualifying gets underway at 5:30 p.m. and the green flag drops at 7:30. Between races, fans will enjoy a fireworks extravaganza.

As they did Friday night, all drivers will have a “Prayers for DJ” decal on their cars to honor Mobile native and former Five Flags champion DJ VanderLey. The Stewart-Haas Racing engineer, who works on the team’s NASCAR Xfinity Series car, sustained severe injuries after a horrific wreck at Lil’ Texas Motor Speedway. VanderLey, who won back-to-back Allen Turner PLM track
championships (2010-2011) and a Pro Trucks Snowball Derby (2017) at Five Flags, was competing in a micro spring Outlaw race in Fort Worth, Texas.
The race for the Allen Turner PLM track championship is razor thin. Robbins leads Dylan Fetcho by a single point, heading into tonight’s 75-lap season finale. Robbins is also squarely in the mix for two SLM titles on the line tonight. He leads the Southern Super Series standings by 19 points against Bubba Pollard and trails Pollard by 10 points for the Blizzard Series crown. Stephen Nasse also is in the hunt for both pieces of hardware. He sits second in the Blizzard Series—four points shy of Pollard’s lead—and 41 back of Robbins’ SSS lead.

Robbins was the biggest mover Friday, racing from his starting spot of 13 to finish second to Boone.
“He’s gonna qualify good tomorrow, too,” Robbins said of Fetcho, who was the fast qualifier Friday. “We didn’t qualify well and put ourselves in a hole. We need a good night and we’ve got a shot to win all of ’em.”

Boone overcame four cautions in the first half of Friday’s race by being perfect on each restart. His lead grew to nearly two seconds at one point and never dipped below seven-tenths of a second despite Robbins’ rally.

“We’ve been fast everywhere we’ve gone,” Boone said. “We’ve just had problem after problem, or something happened to us. We’ve had the car to win all year. It was just a matter of getting all the cards to fall in the right places.”
They finally did Friday night at Five Flags. 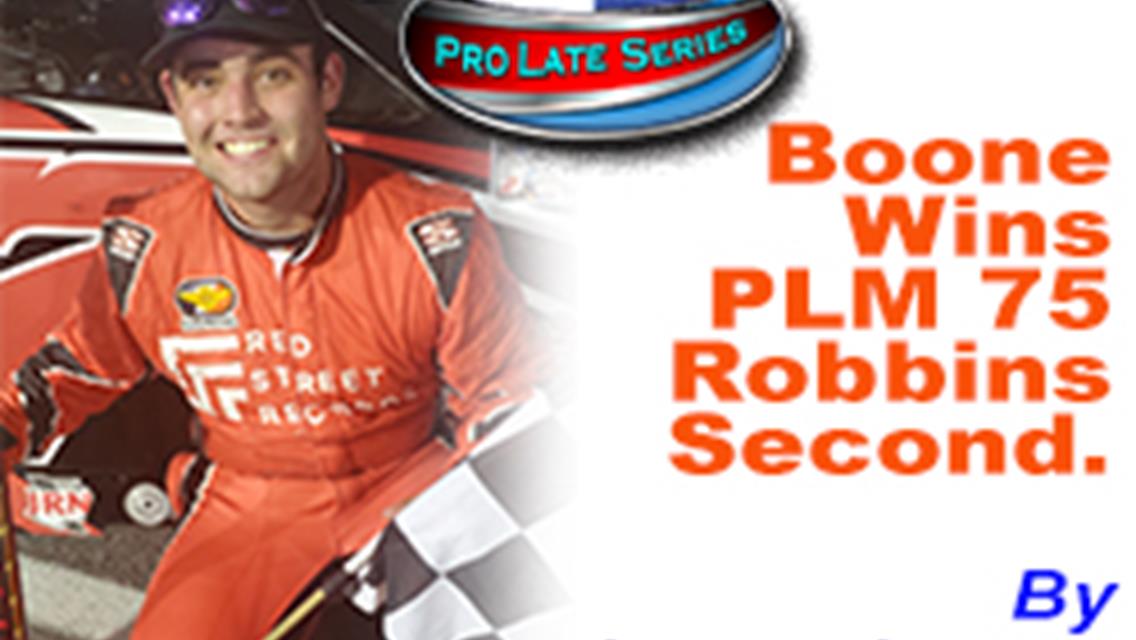 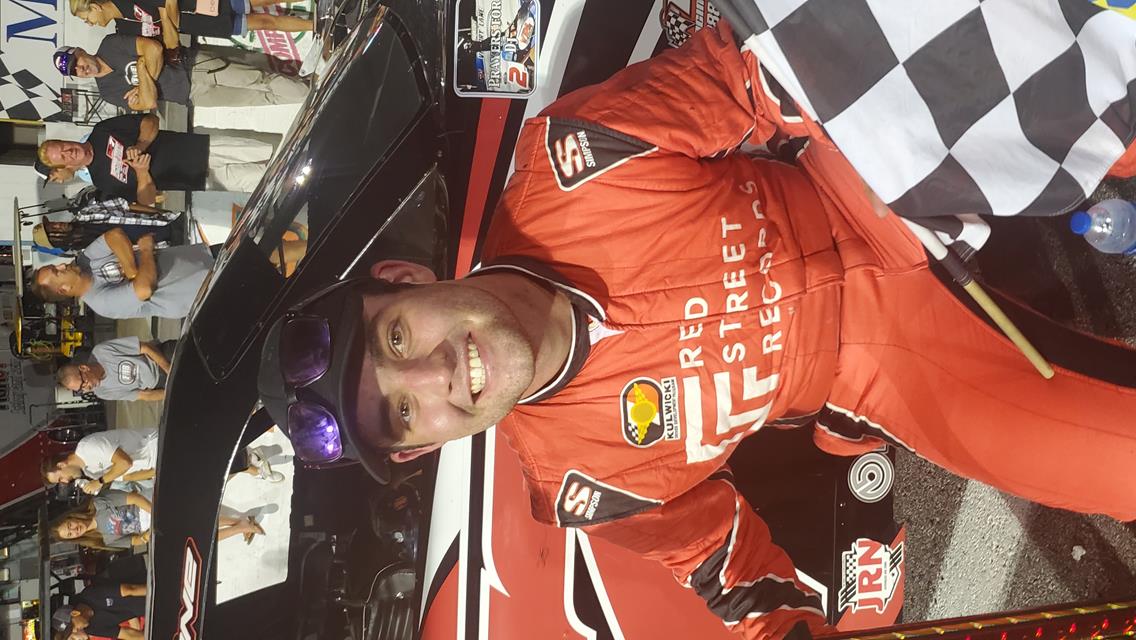